7 Hitting Lessons from BP with a Big Leaguer

I recently had the opportunity to work with a current MLB player while on a trip to Louisiana. I’m going to withhold his name because it really isn’t important for what I took away from the work and the information I’m going to share. If you need more info for the sake of credibility, this player was a starter on a contending team who hit over .300, had more than 25 doubles and more than 20 HRs.

I want to share some thoughts and reactions I had from working with this player as I feel he did things that any player could benefit from. When I was finished throwing to him, I literally walked up to him and told him I appreciated the opportunity to throw to him and watch him work. It is very rare that I feel this way after throwing BP.

So here are 7 thoughts I want to share to help you in your process.

Allow yourself to fail. The first round of BP wasn’t pretty. I was actually surprised at how ugly some of the results were. Little flairs to the opposite field. Getting jammed. Weak grounders. The early swings were not about being a good hitter. They were about feeling the swing, finding timing and balance.

There is a difference between working on your swing and working on hitting. Many players never allow themselves to fail when trying to feel new things. They seek out hard contact no matter what. There is a fear of failure that simply shouldn’t be there.

Even worse, most coaches never let players take rounds like this. They freak out when a player takes an “ugly” round even if the player is really working at something. You can’t make changes without expecting some degree of failure. Embrace it. These swings don’t define you. They allow you to get better!

Be more deliberate. We don’t need to be in such a rush to take swings. A focus on details, implementing some intent and trying to feel things can (and probably should) take more time. All too often, kids end up swinging just because a ball is ready to be hit.

There were times when I felt like I was waiting 30 seconds between throwing a pitch to this player. He was going through slow-motion demos, working through certain aspects of the swings. It was balance, hand path, timing or other details.

These moments where the process slowed down were very valuable – probably more valuable than the actual swings being taken. The intent behind the swing drives the quality of the work.

Don’t rush… And don’t let your BP thrower rush you! (I’m guilty of this.)

Be earlier. One of the most glaring differences in throwing BP to this player was how early the “gather” started. (This player used the word gather instead of load.) In standing BP, as I was taking a jab step and before my arm went back, the leg lift was starting. It was very early compared to what I typically see.

The process of starting early allows for a focus on balance and rhythm. The player was in complete control of the timing and was never rushed. If anything, the player was so early that bat speed had to be slowed down in order to get through the ball.

This was on of the things I enjoyed watching the most. The vast majority of kids I see are late with everything they do. They are late, then they end up rushing. The goal is obviously to be perfectly on time, but this won’t always happen.

Test out this mindset the next time you take BP: Look in and adjust away/off-speed. Prepare your timing to hit a fastball on the inside corner which is the pitch you have the least amount of time for. Control your process and slow things down when you recognize anything other than fastball in.

Gain greater awareness of your timing!

Work hard on your plan, achieve something then get out.

Have a goal for the type of contact you want. After this player’s first round of BP, he was very impressive. There was only one ball that I felt he got around (a pitch on the outer third that was a grounder off the L-screen) and he had an immediate reaction where his body language was screaming, “That was unacceptable.”

Is your intent obvious to the BP thrower?

Be better between swings. Every time you take a swing, there is a great deal of information available to you. You need to improve your awareness of timing, balance, the contact you achieve. You need to process this information and make adjustments. If you need to do swing demos between reps, take the time to do so.

I see way too many kids who simply swing the bat because there is a ball in front of them. The time between swings is a mental process.

Impress with your work, not your results. So many kids just try to hit the ball hard. They chase a sound or a type of hit that makes them feel like they are good. Who cares.

Becoming a better hitter is a grind. It isn’t about killing a ball in BP. It is about the process you bring with you each day. It is about learning from failure. It is learning your feel and creating higher standards for yourself.

Your ability to process information and make adjustments will serve you well but you need to work to develop this. Everybody around you should be aware of your focus and attention to detail.

I hope you find this information valuable whether you are a player, coach or parent. In my opinion, the more kids are celebrated for results the less focus there is on process. Too many kids are being told they are “elite” when they are not.

Being elite is a combination of ability and performance and not every player has the ability to be elite. I truly believe that each player can strive for their own version of excellence – whether that is “elite” or not. Most players never “get it” with this type of stuff. This was the most “elite” player I’ve ever worked with and the most impressive thing about him was how he worked. 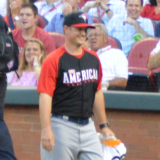